Watch out, be sure! 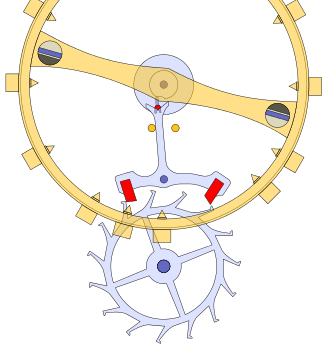 Watch lovers, collectors, repairmen and -women all face a core issue: How to determine whether a watch is running on time and whether it might need fixing.

Here’s the situation any watch fan might face: You’re at a flea market, a real one with regulars peddling what they found in the attic, and you see an old Angelus. The dial is all vintage  geekiness, but showing its age, which you write it off as patina. The case might be scratched, along with the crystal, the band needs replacement…. The real question is whether its heart is beating properly? It might go ticktock, but unless you are the love child of Viola Smith and Gene Krupa (and even then…), you will only know that the mainspring is wound and the escapement is sort of functioning.

Because an escapement mechanism is a little more complex than what the ear can pick up. The ticktock sound is actually made up of three different ticks and tocks, as the impulse pin hits the pallet fork slot (in the rear), the entry stone at the end of the lever unlocks the wheel, and the fork hits the impulse pin again at the “back” of the lever. In fact, there are more sounds coming from the mechanism, but the real point is this: The best way to test a mechanism is by acoustic means. And a small industry has emerged that does just that, supplanting, in some ways , the old way of testing, which was to check with an accurate timegiver, like an observatory.

The solutions out there are mostly for professionals, and they do good work, of course. The watch fan and collector may want to grab one for home use, however.

Fast reading…. a must thin these days of instant gratification.

A few months ago, though, a friend tipped me off to a small company located in Cortaillod, near Neuchâtel, which has come up with a number of products that connect the professional and consumer worlds mainly through design. Oneof – the name is a little odd for Anglophones – was founded by Jean-Charles Rousset and Emmanuel Baudet, who were part of the TAG Heuer crew that produced such wonders as the prizewinning Carrera Mikrogirder. The two men were perfect complements to each other. Rousset, a materials engineer by training,  was in charge of innovation projects for TAG Heuer under the Jean-Christophe Babin, and Emmanuel Baudet, a research engineer at Lausanne’s famous EPFL specialized in instrumentation and magnetism. They collaborated on the Carrera MikroPendulumS double tourbillon, which included a high-frequency magnetic oscillator.

In 2017, Rousset and Baudet decided to strike out on their own, and so they founded their company. The aim was to revitalize the measurement tools used in boutiques and at workshops where watches are repaired. “Everything is sexy these days,” Rousset told me when I dropped by the company. “Vacuum cleaners are sexy, hair-dryers are sexy.”  Naturally, their products are designed to be sexy, too, which means excellent materials, and, these days, portability. They have essentially three key products. A watch tester and demagnetizer for retailers, which has already found its way into a number of boutiques. It is easy to use, requires little training for personnel, and can therefore be used as a teaser of sorts to satisfy a customer who has magnetized a watch (this happens very frequently, by the way).

Being consumer-oriented, though, Rousset and Baudet decided to make a version for the collector, whether upscale or average… The Accuracy2, which retails at CHF 269, or about $269, is a little box made of lightweight anodized aluminum with a soft covering, fits in the hand or pocket. It is minimalistic in style, recalling the LaCie external hard disc of the Porsche Design studio.  The logo on top, two squarish “Cs” facing each other, is a practical decorative element in good Bauhaus style: it’s where you’ll place your watch once the Accuracy2 has been connected to your handheld device or tablet.

The Accuracy2 does what all testers are supposed to do. It will show the three peaks of the ticktock, and determine the beat, which is the difference between the tick and the tock: A value of 0ms is outstanding, a value of 7 or 8 ms means there’s something wrong with the escapement and it probably needs adjusting. The rate of the watch is automatically determined, and the lift is estimated, whereby most watchmakers will prefer using amplitude, according to Rousset.

A similar product has been manufactured by a Geneva-based company called Lepsi. Their Watch Analyzer, for example, will do what any tester must: Measure rate variation, amplitude, and beat error quickly, and then reproduce the results on a smartphone or tablet. They also have a portable solution (the Chrono), which connects to a smart phone and is in the same price range as the Oneof mentioned above. But  Lepsi has gone a step further with a convenient wireless demagnetizer, which will identify immediately whether your watch has been zapped by magnetic waves in the first place, and it will demagnetize it as well. Just press the button it it has turned red.

There are other solutions. Browsing the web, you will quickly  stumble across Ofrei’s tester, which no doubt does the job, identifying beat rates of up to 43,500 vph, and with a preset lift angle of 52°. It’s not expensive ($189,95), according to the O. Frei website), but, to be honest, it’s not the kind of equipment you want lying around your luxury boutique or well-appointed home… It’s baroque, to say the least, but for those wanting the True Geek look, it’s good and affordable.