The Mueller Report is in… but is the real crime collusion, or has the president been using it as a rhetorical decoy to hide other crimes? There is a case to be made that the Trump administration, with GOP collusion, has been preying on the wishful thinking of those who loudly despise the president.

From the jargondatabase: To a large extent, people declare that a project has either succeeded or failed based on whether it met their expectations. Few projects fail in an absolute sense — they simply fail to meet individual expectations.

A scenario: Johnny comes back from an exam and says: “I think I really failed that one….” For days, the kid goes on and on about the failure, … Mom and Dad console him”, his jealous little sister expects, with some glee, and F minus… The result arrives. It’s a D…. Parents scold the sister for being so negative. Johnny, who had revised for 10 minutes, escaped a real scolding for being such a lazy bone. Johnny is an expectations manager.

So: Has anyone wondered why Donald Trump keeps drawing attention to the collusion issue? He repeats the word over and over again, tweets it, rambles on about the “Russia thing” and the fake news business… Anyone with the most basic communication skills would try to change the subject, or just let the matter go… if it really was a thing. So, is he really that furious? Or is it merely grandstanding and throwing red meat for his base to mitigate an eventual bad report card from the Mueller team?

One of the rules of communication is not to call attention to flaws, deficiencies and other warts, and especially to do that vociferously. There are a thousand reasons to oppose this president. But there is not one reason to underestimate the effectiveness of his strange communication, which keeps his base riled up, the GOP terrified, and above all, the media enthralled by so much cheap and flashy raw material, which delivers great product margins.

I’ve had a theory since the beginning of the Mueller probe, and it is this: Trump and his handlers, like Conway, have been engaged in expectations management. In its simplest form, it is like a person going to play a game of chess and mentioning repeatedly that he hasn’t played in 20 years. It may or may not be true, but it either justifies and mitigates the eventuality of a loss, or exalts a win, especially against a strong opponent. 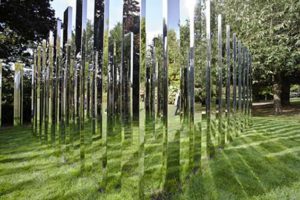 The slogan is: promise less, deliver more. This can hide the warts and weaknesses, or downright deficiencies, once the results are in. Anyone who followed the USA-Iraq wars carefully will have noticed how during the run-up to the wars, Saddam’s army was always described in apocalyptic terms, even though in the first war(1991) it had just come off an eight-year battle with Iran and was quite degraded. In  2003, it had hardly been able to rebuild, but the media scoured Roget’s to find the most terrifying words to describe this Incredible Military Force.  When the “coalition of the willing went in,” it cut through the the Iraqi army like a hot wire through butter. That victory was followed by a barely suppressed gloat fest … which then  hit the real wall of guerilla resistance and the totally predictable, bloody quasi-civil war that then broke out. But it, the victory, was enough to satisfy a critical mass of Americans and the media, for a while at least, while the Bush clowns rejigged their rhetoric and fumbled around in the country they had just invaded until things sort of arranged themselves.

So Trump’s yelling about the Mueller report could be a deflection in that vein, negative expectations. The Resistance expects treason, even the base does (they know their Leader is a criminal, they like him for it). But the report may more or less exonerate Trump of the “collusion thing,” which he’s been drawing so much attention to. This will effectively dash the expectations of all those who have been wishfully and blissfully thinking that Trump is deeply involved in some evil traitorous plot — that his base wouldn’t even care about anyway, because Trump is their weapon against their feeling of inferiority so carefully crafted by Fox News and others. Whit collar stuff is almost trite next to treason, isn’t it?

The GOP, for their part, with the support of said base, will commence howling about Trump having been right all along… about the collusion thing, so obviously he must be totally innocent… Even if he is not entirely exonerated….  That’s the general scenario: On the one side, Congressional committees trying to parse all the white collar stuff dug up by Mueller & Co. that are part and parcel of the Trump repertoire anyway and will be added to the porn payoffs, but that don’t really count for his base, like his moral bankruptcy. On the other side, the base drunk on a kind of false schadenfreude trying to out-holler the  Resistance, which will still be pointing out myriad Trump crimes in 280-character bursts. And Trump heating them up, as usual, keeping the country deeply divided.

It’s a little complicated, perhaps, but being simplistic is not a solution, even with this immature and transparent president. A well-conducted campaign of expectations management would explain why Trump has been hollering about collusion, when it would/should have been the last thing to do if he were really guilty.

You see how it works?  I may be wrong, but I’ll risk it. Just remember one thing with Trump and his punditocracy: Criminal behavior is unimportant; being in the spotlight at all times is.

This article was updated with material I had gathered two weeks ago.