Laura Ingraham invoked Stalin to attack David Hogg for launching a boycott of her show. It was truly a Goliath versus David moment, i.e. Laura with the power of Fox News and the entire right-wing noise machine, including the president and his surrogates, versus a very real, Internet-savvy, articulate high schooler named … David. Hollywood’s making plans for this one. 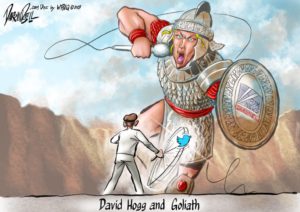 Ingraham’s hyperbole was boosted by some repulsive comments from the likes of the NRA’s own Ted Nugent and Sinclair’s Jamie “Red-Hot Poker” Allman (resigned). And a few days later, in reference to the FBI, which had quite legally and courteously raided Trump lawyer Michael Cohen’s premises, Newt Gingrich unmothballed the GESTAPO and Stalin in one breath, a claim that did generate some pushback even in conservative quarters (and in Israel, BTW, see here).

So. Here we go again…. I’ve covered this issue before, but it’s redux time, because the irony of the pundits’ projections is just too much. 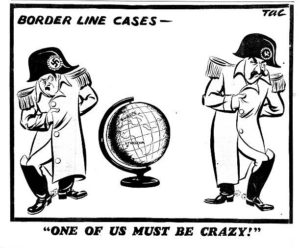 Point 1) Hitler and Stalin are old-time favorite to describe very bad people, especially people who do things you don’t like or you may feel have somehow restricted you in your freedom to do and say what you please.  In American politics – and to a certain extent in other democratic countries, one could argue – the time it takes to pull the Hitler car is referred to as “Godwin’s Law.” Definition here. No, it doesn’t mention Stalin, but by rights, it should.

Point 2) H&S are favorites for a simple reason: People generally don’t know any others. Why not say: Mao, who was equally monstrous? Or Pol Pot? Or Idi Amin? Or even Suharto? Marcos, Pinochet… Because people would look them up, perhaps, and realize how staggeringly ridiculous it is to refer to that kid as Stalin? Or because Hitler and Stalin have become common adjectives? This demeans the suffering of untold millions at the hands of these two egregious figures. 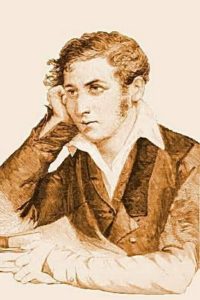 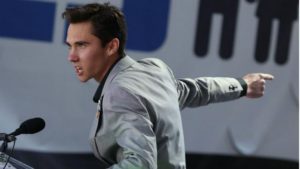 Get the bugaboos right: Boycotting tobacco and casinos in Milano is more like boycotting advertisers who sell heir products on a show whose main point is to be nasty.

Imagine Ingraham tweeting “The boycott of my ads was positively Cattaneist…” Her devout viewers would have to search high and low and then read all about the Five Days of Milan, 1848, when Carlo Cattaneo led a tobacco and casino boycott against the Austrian overlords in the city and set off the Risorgimento… (Please look up the details elsewhere).

Point 3) Ingraham and her ilk are not interested in knowledge, of course, maintaining ignorance is the source of their mediatic power. So the irony of the Stalin reference is lost on the nodding Fox audience:

Because there could well be a sinister side to it. In my Trump, wurst, salami post, I noted how the Trump and his administration actually seem to be implementing what are known as Salami Tactics, a term coined by the Hungarian Communist Màtyàs Ràkosi  to subvert the embryonic democracy in Hungary after World War Two. Here’s how that went:

Having won only 17% in the 1945 elections, the Communists requested and got leadership of the Ministry of the Interior, while Ràkosi himself became the Vice Premier. Over the next four years, the Communists created a secret police, subverted the justice system, engaged in sustained attacks against any opposition, accusing them of having collaborated with the Nazis, creating fake evidence if necessary, and generally kept the nation divided and frantic.  That might sound familiar. The difference was in the state of the economy and the country in general after a devastating war. Massive inflation helped the destabilization process. At any rate, in 1949, the Communists won an overwhelming majority. This was followed some mopping up oper

ations, including a show trial of fellow traveler Laszlo Rajk and a few others to, essentially terrorize any dissenters inside and outside the Party. Note “show trial.”

Stuffing the courts with far right-wing judges is one parallel. Constant attacks on the intelligence community another.  But it took a greater organization to maintain the accusations of disloyalty and treason against anyone dissenting, and creating that toxic “Us versus Them” atmo, which is the hallmark of the Trump system in cahoots with the GOP. Imagine: The RNC went out of its way to demonize and calumniate James Comey by means of a dedicated website.

Trump has never stopped campaigning for that reason, and he has a right-wing media apparatus behind him feeding into him and feeding off of him, making money in the process and expanding its base. That is dangerous. Many knowledgeable people are sounding the alarms about the damage being done to democratic institutions and democracy itself.  Madeleine Albright being the most recent.

Full Stalinist
Now the real punchline. Ingraham conjuring Stalinism, and a few days later Fox actually engaged in what one could only describe as a public show trial in the best Stalinist tradition…. Do they actually understand what they are doing? 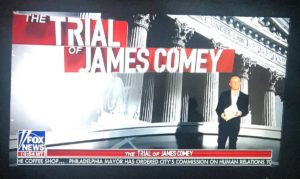 I rest my case.

Oh, afterthought: Anyone who thinks David Hogg is Hitlerian or Stalinist needs to go back to the history books, or, if those seem too dry, some novels, like The Seventh Cross by Anna Seghers, or The partially autobiographical Gulag Archipelago by Alexander Solzhenitsyn. Try Sinclair Lewis’s It Can’t Happen Here, too, while you are at it… Windrip… sounds almost like a metaphor for the current occupant of the White House.

One Response to “Nutty like Fox ( or Trump wurst, salami revisited)”